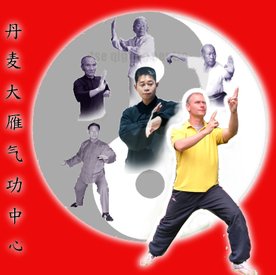 Qigong is a Chinese exercise which combines breathing, movement and meditation to promote health, vitality and longevity. It is practised by millions worldwide as an enjoyable way to keep flexible, fit, stress free and healthy.

Qigong is a part of Traditional Chinese Medicine and is used in Chinese hospitals; many Chinese refer to it as 'acupuncture without needles' as it can help common complaints such as headache, backache, poor circulation, insomnia, depression, stomach disorders, Chronic Fatigue Syndrome, poor balance and weight problems. 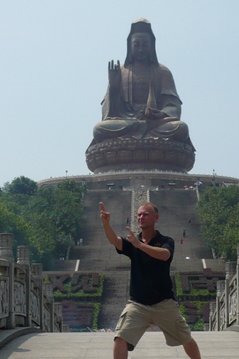 What is Dayan Qigong?

Dayan Qigong (Wild Goose Qigong) is around 1,800 years old. It comes from the Kunlun mountains in the West of China, North of Tibet. Daoist monks observed the movements and behaviour of the Wild Geese (known as birds of longevity) which shared the mountains with them. They combined their knowledge of Chinese medical principles with the birds' natural movements to create a healthy and graceful exercise. Dayan Qigong contains both vigorous and gentle movements which stimulate and open the acupuncture channels and points to allow the free flow of Qi. Vigorous movements (including jumping, shaking and slapping) release negative Qi while gentle movements gather fresh Qi which is stored through meditation.

Taijiquan (also written 'Tai Chi Chuan') is a Chinese martial art which is good for both self-defence and health. It combines movement and breathing into a sequence of forms that help to build health, strength and longevity. Taijiquan is practised by people all over the world as an enjoyable way to stay flexible, strong, stress free and healthy.

What is Chen Taijiquan?

Taijiquan was created over 360 years ago in Chen village (Chenjiagou), Henan province. It combines fighting techniques from General Qi Jiguang's 'The Canons of Boxing' with Chinese medical knowledge, Qigong, and the Daoist philosophy of yin and yang.

Much of today’s Chen teachings are attributed to Grandmaster Chen Fa Ke (17th generation) who died in 1957. The current head of the Chen family is his grandson Chen Xiao Wang (19th generation). 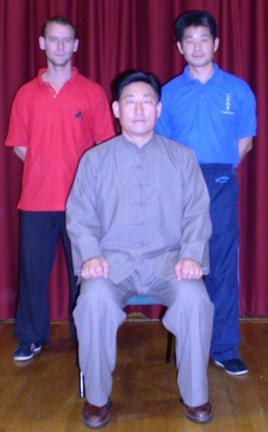 Practicing Chen Taijiquan is very good for health, but it is also a very powerful martial art that involves both external movement and internal training. Every movement contains spiralenergy (Chan Si Jin); the energy starts from your dantian (centre), twists through your waist, muscles, bones and joints to the tips of your fingers. This is what makes Chen Taijiquan both healthy and powerful. In the form sometimes you move quickly, sometimes slowly, sometimes in a high posture, sometimes in a low posture – this is one of the principles of Taijiquan, balance of Yin and Yang. Taijiquan can help many health problems such as, neuralgia, heart disease, high blood pressure, arthritis etc. as it has a strong positive effect on the circulation, muscles and bones. Regular practice develops internal strength, awareness, inner calm, and a powerful self-defense capability.

Chun Yuen Quan is a Buddhist skill from the Northern Shaolin Temple in Henan province in China. These forms survived the Cultural Revolution by being integrated with Beijing Opera.

Grandmaster Wu Chun Yuen, who trained Michael Tse, learnt the skill from Grandmaster Wang Ping who trained the actors for the opera. In traditional Chinese opera many famous generals are portrayed, so it was important that the actors could portray authentic skills.

Chun Yuen Quan is good for the heart and lungs as well as for posture. It develops ‘bone qi’, strengthens the blood circulation and makes you feel young and flexible. It is a skill that can be learnt at any age.

What is Wing Chun? 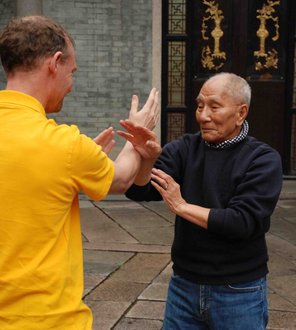 Wing Chun is one of the most effective and popular martial arts. It is also one of the cleverest as instead of using your own strength you use your opponent’s strength against them. This means you can train Wing Chun at any age and you don’t need to be physically strong to be good at it.

Wing Chun is relatively easy to learn and is based on sensitivity, footwork, technique and timing. Practising Wing Chun is also good for your health.

The story of Wing Chun

Legend has it that Wing Chun was named after a young woman who was the student of a nun from the Southern Shaolin temple called Ng Moy. Much of the popularity of Wing Chun is credited to Great Grandmaster Ip Man who, as well as being a legend in his own right, was also the teacher of Bruce Lee. Ip Man’s son, Ip Chun, now in his nineties, is the most famous living Wing Chun master. Master Michael Tse is one of his most senior students.

What is Hard Qigong?

Hard Qigong is a very special and interesting skill that trains both the external and internal body. It has been used for hundreds of years and while it was originally used to train the body to withstand the strikes and blows of battle it can also have a profoundly positive effect on health.

The training is very demanding but the reward is a powerful boost to health, strength and energy levels. Strong breathing techniques are combined with special exercises, some of which are physically demanding, to create a kind of super health. Meditation is an equally important part of the training. As with all Chinese skills there is balance of Yin and Yang. 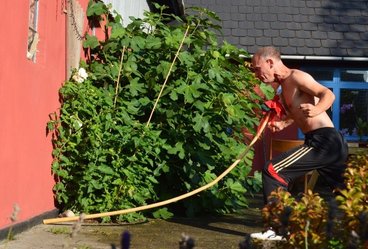 This skill originally comes from Heavenly River Monastery, located in Hebei province, China. Heavenly River Hard Qigong is a Buddhist skill, created during the Ming dynasty, around 400 years ago. This skill was passed down to my Sifu, Master Michael Tse, by Grandmaster Zhan Jia Liang, the 9th generation successor of the Heavenly River Monastery skill. The syllabus consists of successive levels in which tests must be passed in order to progress through the system.

Level 1 develops the Qi of the internal body, especially the lungs and kidneys, and Dantian. It is a safe and healthy exercise suitable for everyone. Later levels develop the external body (yang areas such as back and head) and then softer more vulnerable parts (yin areas such as throat, neck, and ribs). It is very important that this kind of training is supervised by a fully qualified person. In our case this person is Grandmaster Michael Tse. Anyone wishing to study this skill must have trained in class for at least a year.

Peter Andersen is the senior instructor of the Dayan Qigong Center in Denmark and has been one of Master Tse's students since 1998. He is authorised to teach Dayan (Wild Goose) Qigong, Chen Taijiquan, Wing Chun and Chun Yuen Quan (Shaolin Kung Fu). There are classes in Copenhagen, Lyngby, Hillerød and Farum.